Several rivers have also broken their banks in Pastaza Province, causing damage to homes.No injuries or deaths have been reported in either province. ...Read more 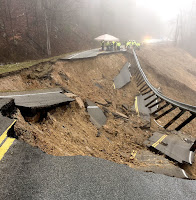 Tennessee Heavy Rain, Flooding and Deadly Landslides. Days of heavy rain in the Deep South flooded roads and triggered landslides and evacuations as residents prepare for what might be the worst day of flooding yet. "We're letting them know that the rain's coming," Edwin Hogan, director of the county Emergency Management Agency. "They need to make preparations to get out of the area, and stay out till the water recedes." ...Read more


Wild weather in USA: Blizzard, tornadoes,floods, ferocious winds all expected. The final weekend of February will deliver a wild potpourri of weather as winter and spring do battle across the United States. Blizzard conditions are possible in portions of Nebraska, Iowa, Minnesota, Wisconsin and others,strong winds and a few tornadoes in the Mid-South and rare snowfalls to Las Vegas, Los Angeles and Tucson the past a few days.  ... Read more 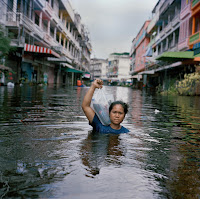 Here are some safety tips by National Geographic to be
prepared for rising water—and what to do once a flood has begun. Floods are among Earth's most common, and most destructive, natural hazards. Her are some safety tips to be prepare before the flood, when the flood is imminent, during a flood and when the flood it's over. Be prepared! Pack a bag with important items in case you need to evacuate. Don't forget to include needed medications... Read more 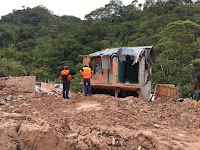 The National Risk and Emergency Management Service articulates actions for immediate response to flooding in Los Ríos, Ecuador. The State has delivered at the moment 57 kits of humanitarian assistance, benefiting 254 people; at the same time, they are strengthened the sectors affected by floods in Los Ríos. The self-protection against dangerous events and recognize the vulnerabilities of the sector are the main points...Read more

Posted by risk-macc at 10:02 AM No comments:
Email ThisBlogThis!Share to TwitterShare to FacebookShare to Pinterest

The Community in CERT

What do we understand by community? A group of people who live in a well limited geographic area or political-administrative unit –such as a municipality, county or city, a town or even a neighborhood? or a group of people sharing values and goals? ... Read more

Emergency Plan of action for the rainfall and floods in Argentina.

In early 2019, heavy rain caused flooding in northern Argentina, affecting more than 30,000 people in the provinces of Chaco, Corrientes, Santiago del Estero, Tucumán, Santa Fe and Entre Ríos. The ARC’s emergency and disaster response director travelled to the most affected provinces to provide support to the technical assessment teams and coordinate actions with government institutions working in the affected areas ... Read more

February has just begun and already weather extremes are being seen throughout the country of Chile. In the northern part of Chile one of the world's driest deserts is flooding and in the south some of the planet's wettest woodlands are burning.According to the World Meteorological Organization (WMO) extreme weather changes in early 2019 in the southern hemisphere, caused heat records to tumble in Chile...  Read more

Do you know some of the reasons why the South-Central area of Chile goes through massive fires?

Chile has replaced many of its native forests with plantation forests to supply pulp and timber mills that produce paper and wood products. As a result, highly flammable non-native pine and eucalypt forests now cover the region. Eucalypt trees, which are native to Australia, and pine trees native to the United States contain oils and resins in their leaves that, when dry, can easily ignite. This situation will likely facilitate future fires to spread more easily and promote more large fires into the future ... Read more 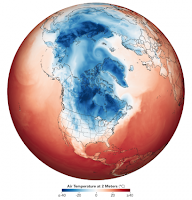 2019 Starts with extreme, high-impact weather around the world.

CERT response to the massive fires in Chile.

The Chilean authorities, ONEMI and CONAF, together with the community, are working on a campaign to prevent wild fires in the Maule region, located in Talca province. This campaign focuses on the early prevention of fires and  community members response. The campaign teaches how to extinguish fires and to prevent them by not burning agriculture field ... Read more

Climate Change is not the only responsible for the increase of wildfires in Chile.

There is a lot of talk about fighting fires in Chile, the number of brigades, airplanes and helicopters increase to bring help to the greater vulnerability area, but ?Are we been conscious of the preparation of the ecosystems to those fires?. We currently have a hot season, but that doesn’t mean that there are no other underlying factors that influence. One of the most important is the increase of the human population in urban areas and the replacement of ecosystems with more flammable plants; this is not something made only by the effects of climate change ... Read more


Extreme fires burn in the south and center of Chile. More than 70,000 hectares  have been lost.

It was impossible to directly attribute the increasing severity of the country’s wildfires to climate change, but global warming does create condition that favour blazes. Droughts lead to stressed, dry vegetation which in turn becomes fuel for fires. We have to remember that the high temperatures, the wind or the humidity are not the ones that produce the wildfires, but people ... Read more

Posted by risk-macc at 11:33 AM No comments:
Email ThisBlogThis!Share to TwitterShare to FacebookShare to Pinterest
Newer Posts Older Posts Home
Subscribe to: Posts (Atom)