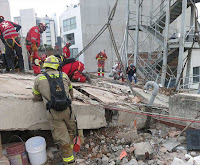 Resilience defines a community in wake of natural disasters. The hits just seem to keep on coming. For America's farmers, it feels like it's been one natural disaster after the next... Read more.

Remarkable Communities that Create Systems Change after Disaster. A little less than two years ago, Judith Rodriguez was one of the roughly 50,000 people living in the mountain town of Cayey, Puerto Rico when it was devastated by Hurricane Maria. The deadliest storm to hit the United States, or its territories, since 1900 left a lasting impact on the island... Read more.

Canada embraces Dominica’s ambition to become the world’s first climate-resilient nation.  Canada and Dominica have had a strong development partnership for many decades. On Monday, Canada made a further contribution of CAD$3 million to the government of Dominica to support the operations of the Climate Resilience Execution Agency of Dominica (CREAD)... Read more.

Billion-Dollar Weather and Climate Disasters:  In 2019, there have been 6 weather and climate disaster events with losses exceeding $1 billion each across the United States. These events included 2 flooding events and 4 severe storm events... Read more.
Posted by risk-macc at 4:36 PM No comments:
Email ThisBlogThis!Share to TwitterShare to FacebookShare to Pinterest

Damming A Possible Solution To Drought Woes. Minister of Agriculture and Food Security, Indar Weir, has revealed that his ministry is considering building dams in some agricultural areas heavily impacted by drought conditions...Read more.

Warming climate intensifies summer drought in parts of U.S., study finds. The researchers found that in places with low moisture in the soil, such as the southern plains and southwest, higher temperatures brought about by climate change led to an increased "coupling" of land and atmosphere...Read more.

Climate change is very real, but so much of it is uncertain.  You start with the big picture of a warming planet, but as you zoom in you find ever more climatic and geological and biological systems interacting with one another—a complexity unfathomable for the human mind...Read more. 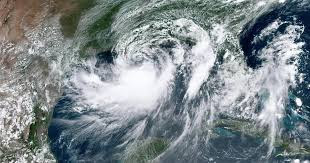 Tropical Storm Barry tests Louisiana's multi-billion-dollar post-Katrina flood defenses. “It's the first time that it has been fully operational…that we've had all flood gates closed…all pump stations operational…so it was really a test”...Read more.

Global Platform for disaster risk reduction 2019: Proceedings - Resilience Dividend: Towards Sustainable and Inclusive Societies. The world’s top disaster risk reduction thinkers and practitioners, policy makers, government officials and other stakeholders met to debate and discuss how to reduce disaster impact..Read more.
Posted by risk-macc at 4:45 PM No comments:
Email ThisBlogThis!Share to TwitterShare to FacebookShare to Pinterest

The science behind California’s two big earthquakes.  On the morning of July 4, a magnitude 6.4 rocked Southern California, fracturing roads and sending people fleeing to safety. But that wasn’t all the Earth had in store: Less than a day and a half later, a powerful magnitude 7.1 temblor shook the region...Read more.

Ridgecrest earthquakes caused damage to Earth’s crust seen from satellite. Damage to the earth’s crust from the magnitude 6.4 and 7.1 earthquakes that struck Southern California last week is visible in a kaleidoscopic satellite image released by NASA... Read more 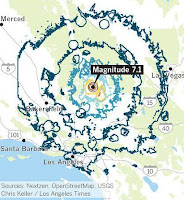 What is an earthquake?, how are they measured?, how are they detected?, how can damage to buildings be reduced?, what are the recommendations to be followed before, during and after an earthquake? Mexico's national civil protection system points out that it is key that people living in risk areas live in houses designed responsibly and complying with anti-seismic standards, that residents know first hand the contingency and evacuation plans and have at hand a survival suitcase with documents, first aid kit, radio, flashlight, food and a whistle... Read more 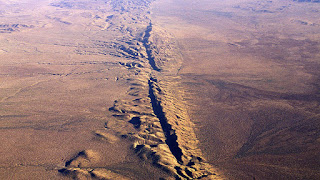 California's governor says an earthquake alert system is on the way. Here's what you need to know. "The community here is going to rightfully expect that the state of California has their back, that the federal government has their back," Gov. Gavin Newsom said in a Saturday press conference... Read more