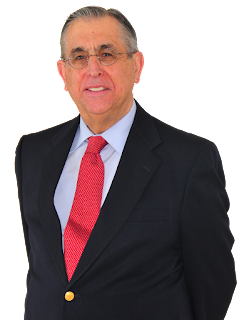 We mourn the loss of John Sanbrailo, former Executive Director of the Pan-American Development Foundation (PADF), who passed away peacefully in his home in Vienna, VA on Saturday, April 20. John dedicated 18 years of his long career in international development leading the efforts of PADF in Latin America and the Caribbean. His appointment in 1999 as PADF Chief Executive Officer coincided with the establishment of the Inter-American Committee on Natural Disaster Reduction (IACNDR) by the OAS General Assembly, as the principal forum at the OAS for matters relating to natural disasters and for the purpose of providing the Permanent Council with strategic thinking, paying special attention to policies and programs designed to reduce the vulnerability of Member States. John never missed a meeting of the Inter-American Committee and never stopped advocating for the role of the General Secretariat of the OAS in facilitating the international response that Member States provide in solidarity to one another. He will be missed.

The Disasters This Week Editor

Throughout his astounding career, John inspired his friends and colleagues, and he will be remembered affectionately. “We are mourning the loss of such a steadfast supporter of Latin America and the Caribbean,” said Kristan Beck, Chief Operating Officer at PADF, “but we are celebrating John’s incredible life. His dedication to improving lives was evident not only in his extensive career accomplishments but in his daily interactions with those around him.”... Read more 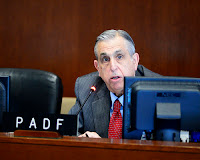 His life and collaborations until becoming the Executive Director of the Development Foundation (PADF) - John Sanbrailo. For his work in the U.S. foreign aid program, John received Presidential Awards for supporting the El Salvador Peace Accords in 1993 and restructuring the Honduran economy to make it more export oriented, creating thousands of new jobs in the 1980s and 1990s. He directed a large USAID program to reconstruct the north coast of Peru after devastating El Nino floods during the 1980s... Read more

"John, you will remain in our memory"
Posted by risk-macc at 3:53 PM No comments:
Email ThisBlogThis!Share to TwitterShare to FacebookShare to Pinterest 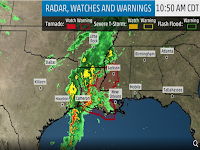 Severe Thunderstorms With Damaging Winds, Tornadoes, Flooding Rain Will Sweep Through the South, East Through Friday. Parts of the squall line produced wind damage overnight. Trees and power lines were downed in Henderson, Texas, about 120 miles east-southeast of Dallas. One semi was blown over by high winds on Interstate 45 in Leon County, Texas... Read more

The end of California's drought could mean fewer cases of West Nile virus. Drought is the most important weather-related factor that affects the rate of West Nile infection, scientists say. Mosquito eggs need water to hatch, but dry conditions tend to spur greater transmission of the virus... Read more

Areas hit by tornadoes on Saturday are at risk for more today.Over the weekend, a massive storm system killed eight people in the South and caused damage from Texas to Mississippi. Four people died in Texas, two in Louisiana, one in Mississippi and another in Alabama... Read more

Global Floods Caused $8 Billion in Economic Losses During March – Aon Catastrophe Report. Aon’s “Global Catastrophe Recap – March 2019” said that among the costliest events were those that hit parts of the Midwest of the USA in March, where states including Nebraska and Iowa saw record breaking floods. Aon says that total economic losses were estimated at more than $4 billion, with up to $1 billion in claims... Read more

Posted by risk-macc at 1:09 PM No comments:
Email ThisBlogThis!Share to TwitterShare to FacebookShare to Pinterest

One month of rain in just four hours: Downpours cause floods, kill at least 10 in Rio de Janeiro. RIO DE JANEIRO — Heavy rains killed at least 10 people and left a trail of destruction in Rio de Janeiro on Tuesday, raising questions about the city’s preparedness to deal with recurring extreme weather... Read more

You might not have noticed, but about 25 meteotsunamis hit the East Coast each year. According to local news reports offsite link, the waves then crashed into a jetty where they knocked people into the water, causing injury and property damage. Eyewitnesses reported seeing waves as high as 6 feet. But how? There had been no earthquakes or underwater landslides in the area... Read more

Western Washington faces elevated wildfire risk in 2019.The National Interagency Fire Center (NIFC) released its April through July fire predictions for the country, and the report shows that Western Washington will be more prone to fires than usual over the coming months. While Western Washington, including Puget Sound, will have a higher risk of fires, much of the risk in Eastern Washington remains average... Read more

U.S. hit with two billion-dollar disasters so far in 2019.  The so-called bomb cyclone that brought heavy snow, blizzard conditions and major flooding to the Midwest in March landed with a resounding meteorological “ka-boom!” and became one of two billion-dollar weather and climate disasters this year... Read more

Posted by risk-macc at 3:42 PM No comments:
Email ThisBlogThis!Share to TwitterShare to FacebookShare to Pinterest

Peru – Thousands Hit by Floods in San Martín and Junín Regions. Several rivers overflowed in Junín region in the central highlands of Peru from around 29 March, 2019. Heavy rain has also caused landslides in the region. Emergency authorities say that 1,800 people have been affected in the province of Chanchamayo... Read more

Emergency declared after flooding in Paraguay's capital due to heavy rain. More than 20,000 families across Paraguay have been affected by severe flooding from two weeks of heavy rain that caused the country's main river to burst its banks, a senior official said Wednesday as an emergency was declared in the capital Asuncion...Read more

Flood, floods, floods and more floods. Natural Disasters Monitoring. Since the report of March 19, the number of affected families has increased in many countries of South America due to heavy rains and landslides. An overflow of the Gurupi River caused the evacuation of several families, affecting 650 people in Brazil. We will share with you this week's monitoring... Read more

Weather or climate change? In the last month, we’ve had three nights ranging from minus 18 to minus 22, so we can expect to hear this trumpeted by some as proof positive that global warming (climate change) is a hoax. But that of course is wrong and here’s why. What we experienced last week is nothing more than “weather,” experienced on one tiny part of Montana, on one really tiny part of the earth... Read more

California is overdue for a huge earthquake, seismologists say. Recent storms may have ended California's drought when it comes to water, but not when it comes to earthquakes, scientists say. The Golden State is in the midst of an earthquake drought. Seismologists are saying there haven't been enough powerful earthquakes in the past 100 years along California's highest slip-rate faults, and a ground-rupturing quake with a magnitude greater than 7.0 is overdue... Read more

10 Technologies That Help Buildings Resist Earthquakes. Over the last few decades, architects and engineers have devised a number of clever technologies to ensure that houses, multidwelling units and skyscrapers bend but don't break. As a result, the building's inhabitants can walk out unharmed and start picking up the pieces... Read more

Flood Control and Disaster Management. Flood control refers to all methods used to reduce or prevent the detrimental effects of flood waters (Wikipedia). Some of the common techniques used for flood control are installation of rock berms, rock rip-raps, sandbags, maintaining normal slopes with vegetation or application of soil cements on steeper slopes and construction or expansion of drainage channels... Read more
Posted by risk-macc at 4:18 PM No comments:
Email ThisBlogThis!Share to TwitterShare to FacebookShare to Pinterest
Newer Posts Older Posts Home
Subscribe to: Posts (Atom)